So you want to put your stuff on a Playbook? I'd say it's about average as far as difficulty of setting it up and getting it going. Here is how.

Ok, you're now ready to get RTSimpleApp running on your device. (It will also run in their simulator.. but no real reason as you can debug and work from MSVC with GLES or GL builds, while using Proton)

Actually, you should use RTBareBones probably, but I already took screenshots so.. yeah. Just keep in mind RTSimpleApp needs RTSimpleApp/media/build_media.bat run first.

I've included the “QNX Momentics IDE” eclipse (I'm just going to refer to it as Eclipse) project for RTBareBones and RTSimpleApp.

Theoretically you can also use makefiles, but I haven't set it up yet. It's like, hard and stuff. Someone want to help me? 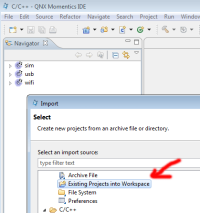 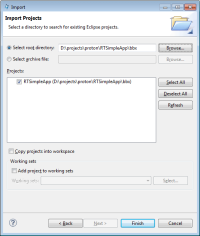 Now, before we get crazy and start building it, set the config to Device-Release by right clicking the navigator pane and selecting Build Configurations→Set Active→Device-Release (or SimulatorDebug etc if you'd rather run it through their virtual sim stuff) 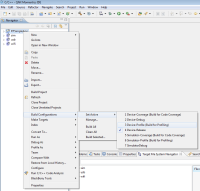 Get a drink .. ok, it should have scared you with a lot of warnings but finished the build.

Now, let's get it on the device.

(Note: Your device must have “Use Development Mode” enabled in Security from the configuration/options panel and have a debug token setup.. presumably you know this because you did the tutorials as suggested above, RIGHT?!)

That's pretty much it.